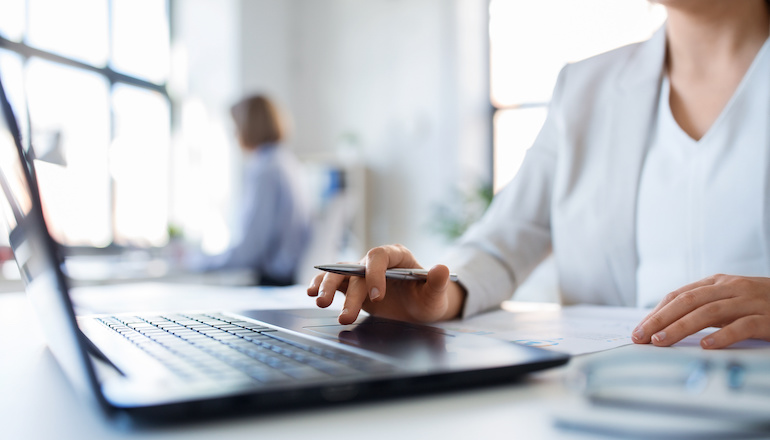 It’s no secret that modern technology can solve many of the everyday annoyances that plague office workers everywhere. It’s also true however that old, outdated technology could be costing your teams time, effort, and money.

One leading Biotech Company found themselves at odds with their legacy document management solution (DMS), costing them a small fortune in effort and productivity losses. Often, their former DMS would slow down the important work of the legal contract management team. In fact, it was so clunky and prone to errors that it started to cause deep rifts between the IT team and the Legal Department.

When a new Senior Corporate Counsel for Contracts joined the Company, she was no stranger to how the right technology solutions could fill important workflow gaps, resulting in increased speed and control over information. With more than 12 process improvement deployments in her portfolio from previous roles, she immediately recognized that the Company’s legacy DMS was more of a burden than a benefit.

“I met with the leaders of both IT and Legal and broke it down: our old software was costing us indirect costs of lost time and effort that were intolerable and we had to make a change.,” stated the Company’s Senior Corporate Counsel for Contracts. After much due diligence, the Company decided NetDocuments was the number one choice for their team.

We talked with the Senior Corporate Counsel for Contracts to learn more about the challenges her Legal Department faced and how they chose NetDocuments to fill their application performance gaps.

Tell us more about the Biotech Company and what you discovered when you first started.

Like many businesses, this company has experienced periods of growth and contraction. While we’ve always strived for excellence, the contraction periods really exposed a resilience that is  impressive. That resilience has driven the development of a new product that has been key to transforming the business into a larger corporation.

Unfortunately, that same resilience is what has held the Legal Department back from a technology standpoint. Everyone knew our previous DMS was causing major productivity and efficiency challenges, but leadership initially thought the cost of changing may exceed the cost of staying the same, so it was better to just ‘deal with it.’

I knew that we could have a better DMS solution.

What challenges were your teams specifically experiencing with their old software?

The legal team had been operating with an on-premises DMS that had been installed 12 years prior. There were many issues with the DMS. Among the most common issue was that the system would unpredictably fail to load documents which required an elaborate process to force reconnection to the DMS before the team member then had to hunt down files to make sure each were uploaded to the system. This wasted a significant amount of our team’s time each week.

As you know, legal departments around the world are being asked to increase their volume of work while maintaining quality. But how can you be a high performer when you have a system that’s constantly dragging you down?

You’ve had experience implementing more than 12 other process improvement solutions in previous roles and knew there was a better way of operating. At your current company, were employees simply unaware of the pain their legacy DMS was causing?

Everyone had really just accepted this system as fact. As I mentioned before, those periods of contraction had forced a culture of resilience and ‘make it work’ attitude. The legal department told IT the system had major problems, but for a variety of reasons that’s just how it had to be. Of course this was coming from good intentions, but it was a significant sticky point for day-to-day work.

A lot of the responsibility to get the system to work was pushed off to IT. And to their credit they really tried, but the system was just so outdated there was really nothing they could do.

What was the approximate cost of the technology challenges that your business faced?

I estimated that each member of our contract management team was spending 1-5 hours per week simply trying to get the system to work, which wasted time. In addition to the costs of trying to coordinate any fixes with the system.

We really needed a modern DMS that would streamline workflows and support us in our work, but I was unsure if one even existed.

What did a ‘modern DMS’ mean to you as you began your search?

As we began our search it was clear that so many DMS solutions were similar to our existing system and would not be a great replacement.

I wanted a solution that would meet me here in the 21st century; meaning it was intuitive to find information, quick to search content, and straightforward to use.

As you searched for this modern solution, what stood out to you about NetDocuments?

One of the critical pieces we were looking for in a DMS was a seamless experience with Microsoft Office and Outlook. We work out of email the majority of our days so this integration was absolutely critical. The ndMail tool felt and looked so familiar.

In particular, the Outlook experience of being able to attach records, file communications, and even have those filing locations automatically predicted really stood out to us. Competitors simply could not match what NetDocuments was offering in way of these integrations.

What kind of returns are you expecting now that you’ve adopted NetDocuments?

We’re definitely expecting some efficiency gains and, obviously, cost savings. It’s only been a few weeks since our implementation, but I’ve already received numerous messages from others in our department who are just over the moon with the performance of the application. NetDocuments has taken us into the modern world where our legal department can really shine.

When technology is smart enough to stay out of your way, That’s Work Inspired.

Legal departments are in a unique position. They must provide excellent services that are above scrutiny, but at the rapid pace that define today’s top organizations.

Burnout is real for in-house lawyers as they work to meet expectations and, oftentimes, their technology stack is not making it any easier on them. In fact, their clunky, outdated, and cobbled-together software is likely doing more harm than good.

With the right technology lawyers can simplify their workflows and transform their roles from some combination of lawyer/compliance/cybersecurity/IT professional to the one they were always meant for: legal experts with busines savvy and focus their efforts on protecting and serving their business.

Read what this Sr. Corporate Counsel's experience was like as they transitioned from a legacy DMS to modern document management with NetDocuments

If your legal department is facing similar struggles and wants to significantly cut costs while boosting productivity, efficiency, and security as this company did, call NetDocuments today at (866) 638-3627.