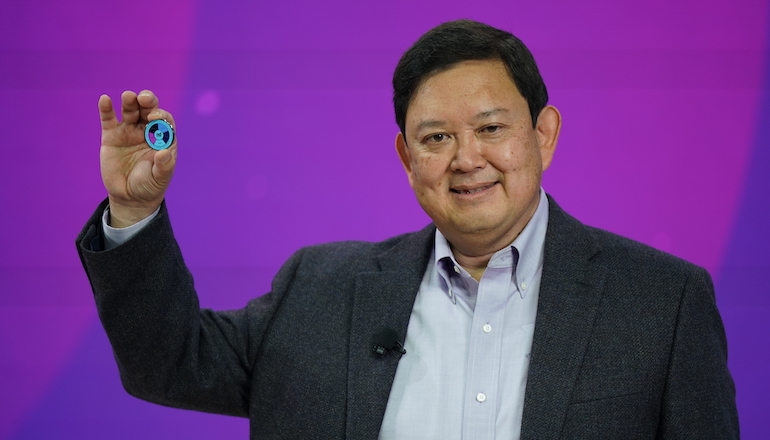 A Tale of Storks and Legal Tech: How NetDocuments Created the Foundational Platform for the Legal Industry

After years of advancement (and a year of staying home and learning how to make exquisite sourdough), technology has finally seeped into every aspect of our lives. Never before has technology been so key to the success or demise of a business—and its employee’s satisfaction.

NetDocuments’ Co-founder and Chief Technology Officer (CTO), Alvin Tedjamulia, understands this intimately and recently sat down with Director of ILTA’s Publications and Press, Beth Anne Stuebe, for an interview detailing what it was like to build a new technology industry from the ground up, watching it become the foundational software for law firms and legal teams, the impact of the global pandemic, and what the future holds for the NetDocuments itself.

The transcript below is an abridgment of the original interview. Click here to listen to the full discussion.

Beth Anne: Let's talk a little bit about cloud and what [NetDocuments is] doing that's innovative and different and why our ILTA members should know?

Alvin: In our prior life as SoftSolutions, we had a very successful document management service that really spread across all of the big law firms and even some of the medium-sized law firms. Then, after we came back from being acquired by WordPerfect and Novell, we said, look—we now need to create a different iteration of the cloud. That was an amazing thought at that point because the world was not ready.

Back then, AOL browsers were still being distributed by CD, and modems were still being used to connect to the cloud . People were saying, are you crazy? But we knew that in order to bring  a new vision of technology to market—one where we can collaborate across law firms, have a truly distributed infrastructure where documents can be accessed anywhere from any device, and have a true security framework that deals with subpoenas, nationstate attacks, and ransomware effectively—we eventually needed to have only a single platform. We predicted that eventually the cloud would catch up with all of those type of things and then, it paid off! You know, today, the justification is not why cloud, but why not cloud?

Beth Anne: Well, there goes the question I was going to ask, but why would someone not want to move to the cloud? Even as ILTA's Publisher, I understand the cloud technology is safe, effective, and cost effective more than anything else. Why wouldn't someone want to move?

Alvin: You know, people have multiple fears…perhaps because they have not yet studied all of the benefits. The perceived concept of loss of control, and the concerns of security or just tradition. You know, the idea of, ‘I've been in here with this current technology for so long, do I really want to move?’ But that’s disappearing. There are overwhelming, proven case studies that demonstrate this is the go-to solution.

So, I wanted to talk to you Beth Anne, a little bit about a very interesting fact that I saw when we were visiting one of our clients in Alsace, France, in the city of Strasburg.

While there I was just stunned by the beauty of that place and the countryside. I was very fascinated by the fact that on top of the roofs, on the cathedrals, the homes, on the poles…I saw this nest. Later on, I discovered that they were from storks!

And these storks keep coming back over and over and over again, and they rebuild their nest each year...picking right up from where they left off the year before. They just keep adding and adding and adding until they have these huge platforms ready to welcome their next generation. And when I look at that, I said, oh, that is so similar to what NetDocuments has been doing. We’ve created a platform that is being continually built year after year, and is able to add new technologies that are critical to the evolving world of legal work. And that's really the big goal that we have in building the NetDocuments platform. It’s no longer a tool for just our DMS. It’s the salesforce.com for the legal industry.

Beth Anne: I really like that you guys have stolen all of NetDocuments’ technology from birds. I think that that is 100% the way to go and I love that you guys keep building on that. But if you're taking the idea from there, where are you going to go next? I assume that a certain point that the storks will have had such an incredibly large nest that they have to move on because whatever's holding it up won't be able to support it. So, what kind of support are you going to be able to offer next?

Alvin: You know, we started with the concept of organizing documents and protecting documents. Now we're migrating into the concept of planning based on your documents and delivering contents to your clients and learning from your documents. We're going to expand in all of those areas. And the best part is that these applications and solutions are built inherently into the platform. Today the platform is fully compliant with ISO's, HIPAA, and FedRAMP. Each time we have added a new type of compliance certificate, everyone of our law firms has inherited it automatically, without any effort on their part. They just get it because they're plugged into the same platform.

Every new set of technologies we introduce is inherited automatically by everyone, just like the migratory instinct is automatically inherited in the storks. Every future tool inherits all of the robustness, all of the security, all of the global availability that the NetDocuments platform provides.

Beth Anne: I love the idea that you guys have taken so much from nature and nurtured it if you will, into a completely usable platform where people have the option of that continued iteration. I'd love to know what you guys are going to do next and what you're going to show us at ILTACON 2021.

Alvin: Yeah, it is. You know, it has been really gratifying for me to see the migration that is coming to NetDocuments. Sometimes you need to really take a hard look to see if it is better to switch than just remain on the same app and migrate because after you perform this effort, the view from the top that you can see is absolutely amazing. The rewards absolutely justify the effort.

So for that reason, we are going to expand the solution set that exists with NetDocuments. And I'm not going to be very specific because we're going to make more announcements later, but we are going to go into more specific legal practices and provide solutions specifically for those practice areas. Maybe the litigation department or the transactional group, so that you can see that, Wow, the platform is not generically managing the contents, but it's helping us actually practice law more effectively within our areas. You will also see work that we're doing with a tremendously successful partners that we have- some of the biggest technology partners in the industry - to almost eliminate the blended or disjointed view for us to do something in Application A and something in Application B.

Alvin: You will also see other efforts and solutions around easily capturing the documents that you filed in court—really taking advantage of our expanded, dynamic profiling capabilities.

What we're looking at is the whole practice of law and making the normal day-to-day things that you do a lot easier. Document management is the central core of what a law firm does. But there are other core applications, that the system of records needs to reach out to create smooth transitions for a lawyer to practice his specific area of law effectively. So that's what you will be seeing at ILTACON—the NetDocuments platform capacity expanding into all of those multiple areas.

Beth Anne: You guys really do have a great, innovative set coming out and we're looking forward to seeing you ILTACON. Alvin, you've touched on so much today. There's a lot for people to digest. What would you like to leave us with as your closing idea about NetDocuments moving into the future?

Alvin: The whole goal of our platform is to create simplicity. The legal space is vast, but we'd like to just make it simple at the end for the users. Simple to adopt, simple to use, simple to just do your day-to-day operations. And that requires a very complex and robust platform that is simultaneously invisible in your process. You know, I've always been saying, NetDocuments is the invisible document management system, because we are there wherever you go and you may not even know it. If you're on your mobile device, in Outlook, in your app, on the web…you know, it's all invisible. It's just there working behind the scenes. And now we're expanding more into other areas that are significant for the productivity of the everyday lawyer. Simplicity and invisibility—that's the concept and that's the goal of the NetDocuments platform. Why? Because we want to make life easy for the end user.

When technology is smart enough to stay out of your way, That’s Work Inspired.

Legal work is evolving at a faster pace than ever, and technology is the key to lawyer’s (and their firm’s) continued success. At NetDocuments, we are proud to provide a platform that supports lawyers at every stage of their process so they can focus on results rather than documents.

Join us at ILTACON in August and our annual user conference, Inspire, in November to get an inside look at what we’re building to match your legal team with the increasing pace of business.